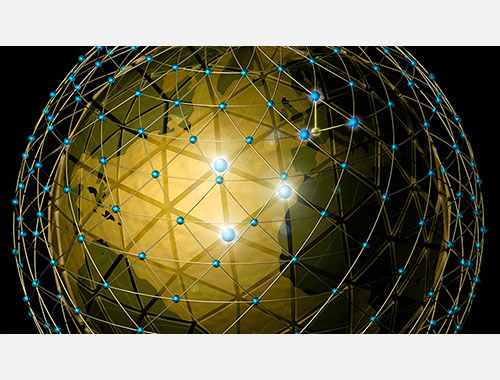 UNLOC researchers have compared the throughput gains in networks with those in point-to-point data transmissions using adaptive transceivers.

Adaptive transceivers adapt the signal to the conditions of the path through the network, allowing an increase in the average data throughput across the network. They can be re-adapted if a signal is re-routed to avoid a faulty link.

The study, lead by David Ives and colleagues in Cambridge University and Eindhoven University of Technology, builds on previous work on adaptive transceivers in networks. For quantised adaptation control, network results can show considerable variation depending on the scale of the network. To get a more accurate picture of the effect of adaptive transceivers in networks, the study tested the considered networks at various length scales. For continuous adaptation of the transceivers, the researchers found that the gain in network throughput is equal to that of an equivalent point-to-point link where the length was equal to the average length of paths across the bottleneck links.

In line with research into adaptive transceivers using point-to-point links, the team determined that finer control of the transceiver adaptation allows more network throughput on average. With this in mind, adaptive transceiver manufacturers are looking to enable control down to steps of 25Gb/s, rather than 100Gb/s.

The technique of digital back-propagation has received strong research interest to mitigate significant propagation impairments and increase data throughput, but this research has shown that in a network situation, finer control of transceiver adaptation is more beneficial. If there is sufficient processing power, however, the best gains are seen when using DBP in conjunction with finer transceiver control.

Adaptive transceivers are likely to be an important part of next-generation networks, although currently they are only economically viable for large back-haul networks. In the future, core networks will be able to adaptively increase 5G data traffic to a particular area to support large events or sports matches.