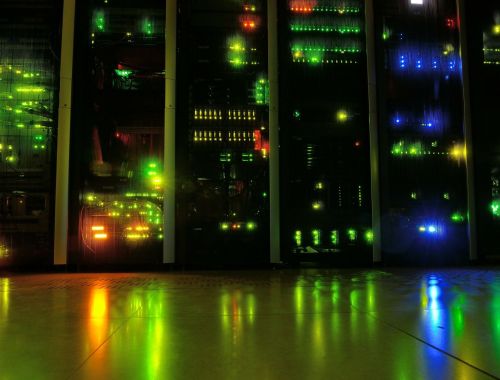 Since June 2016, members of UNLOC have been working with Microsoft to design a new optical switch scaling to more than 1000 ports for future large data centres. A switch of this kind would allow for far higher data rates and shorter, more predictable delays between racks of servers in data centres as well as simplified management and lower cost for the data centre network. Data centres are key to ensuring an efficient, low-delay, high-capacity cloud infrastructure, an infrastructure many of us rely on without thought every time we watch video-on-demand or do an online shop.

Most data centre networks are currently built using low port-count electrical switches, typically 32 to 48 ports. However, this requires many switches and transceivers representing a very large proportion of the cost of building a new data centre. The use of highly sensitive coherent receivers with passive optics could allow switches with much higher port counts.

Microsoft, one of the world’s largest data centre operators, hope this research will influence the design of their own data centres.

Microsoft’s 100+ data centres facilitate more than 200 cloud services such as Outlook.com, Skype and Xbox Live. Governments and businesses around the world also use data centres to enable e-commerce and to run their websites, so improvements to data centres could have an impact on many online services that we all use every day.

To further this collaboration, UNLOC Investigators, Philip Watts and Benn Thomsen and their students at UCL, Kari Clark, Adam Funnell and Thomas Gerard have been undertaking a secondment to the Microsoft Research Lab in Cambridge.

The team from UCL have been working with Microsoft researchers Paolo Costa and Hitesh Ballani amongst a larger team of Microsoft engineers and interns since 2014, building on Watts’ and Thomsen’s previous work on optical switching, passive optical networks and inter-data centre networks. The team’s prior work with Microsoft on this topic was presented in a joint paper at OFC in 2015. The team previously demonstrated ‘A High-Radix, Low-Latency Optical Switch for Data Centres’ at SIGCOMM 2015.

Philip Watts will work with Microsoft until December this year and Benn Thomsen will continue his work with them until June 2017. Thomas Gerard’s PhD studentship is funded by Microsoft, allowing for a continued relationship with the company.

“I hope that this research will lead to a valuable long term relationship between Microsoft and the UCL Optical Networks Group”, Dr Watts said. Through the UNLOC project, UCL will continue to research advanced optical network architectures such as coherent receivers and techniques to unlock optical fibre communication capacity.