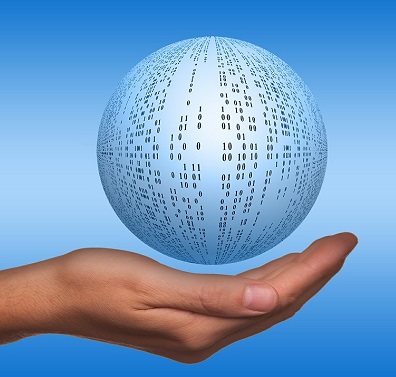 Unlocking the capacity of optical communications at all network scales

Researchers from the UNLOC programme have made breakthroughs in the latest optical and digital techniques to unlock the capacity of optical communications, at all scales.

Here we highlight just two of the 10 UCL ONG papers to be presented at ECOC2016 next week, one for each of long-haul transmission and one for optical access.

This research is crucial for the development of today’s networks which will soon buckle under the pressure of increasing data demands. These latest developments will contribute to futureproofing existing fibre infrastructure and provide the communications industry with the best techniques to quench our data thirst sooner and faster.

At the longest distance scale, the world-leading UCL ONG team performed the first ever experimental demonstration, over trans-oceanic distances, of the latest theoretical model for data transmission. Over shorter distances, to connect our homes to our service providers, a new receiver can offer 10Gb fibre-to-the-home (FTTH) which would not be affected by the ‘virtual rush hour’, meaning your neighbours won’t slow you down.

Research by Dr Lidia Galdino and the UNLOC team shows that, as predicted by the theoretical model, the capacity of optical fibre cable reduces with higher-order modulation formats. This is a feature of the nonlinearity of optical fibre cable. The highest modulation format commonly used in cable modems caused the sharpest degradation of capacity over distance. It is shown, however, that this modulation format still gives the highest achievable information rate at distances of 6000km. This work takes us a step closer to commercially available data rates above 1Tb/s over trans-oceanic distances.

How can we get consistently fast broadband? Keep it simple!

Coherent technology, allowing a dedicated wavelength to each user, is well understood to enable high data rates, but its complexity means that they are usually viable only for long-haul transmission, where few transceivers are involved. Dr Sezer Erkılınç and colleagues have reduced the complexity by approx. 85% compared with those used in larger, core networks. 8x10.7 Gb/s symmetrical channels were bidirectionally transmitted over 40km and 108km installed fibre achieving a 1:512 and 1:16-way passive split, respectively. This means that up to 512 users could benefit from uncontended broadband connections which are over 400% faster than the UK average, even when their neighbours come online. This is also a key outcome from the UNLOC project.

You can also read about UNLOC and ONG workshop presentations at ECOC 2016 and see a full list of papers presented by UNLOC members. The UNLOC project is led by UCL in collaboration with Aston University and is funded by the Engineering and Physical Sciences Research Council.

UNLOC is a 5-year multimillion project funded by the EPSRC to explore theoretically and experimentally the current limits of optical fibre communications technology. Using a holistic, system based approach, UNLOC researchers aim to device the next generation technologies that can expand the capacity of global fibre infrastructure so that it continues to meet the exponentially growing demands for faster and reliable transfer of massive amounts of data across networks of varying sizes and extent. The project is led by researchers at UCL and Aston University and is supported by numerous global industry leaders including service and network providers, and equipment manufacturers.

The European Conference on Optical Communication (ECOC) 2016 is a well-established conference which will provide another milestone in scientific and technical progress on materials, devices, and systems for applications in photonic networks, the basic technology for today’s and the future world-wide Internet. ECOC 2016 takes place in Dusseldorf, 18-22 September.