Dara Rigal is an artist based in London and our artist in residence. She is engaging with the research staff to decipher their work and translate it into an art form that represents the beauty and complexity of light phenomena and science with light to a broader audience. Dara has undertaken several investigations and experiments to understand UNLOC’s goal of ’ unlocking the capacity of optical communications’. She says My ‘making’ projects have become a process of gathering and filtering information which transcends the initial intent and creates a new understanding. Through this passage of discovery, similar to scientific investigations, I have begun to translate the groups ‘Communicating with Light’ to ‘Drawing with Light’.

Below you can see examples of Dara's art work inspired by the UNLOC project. 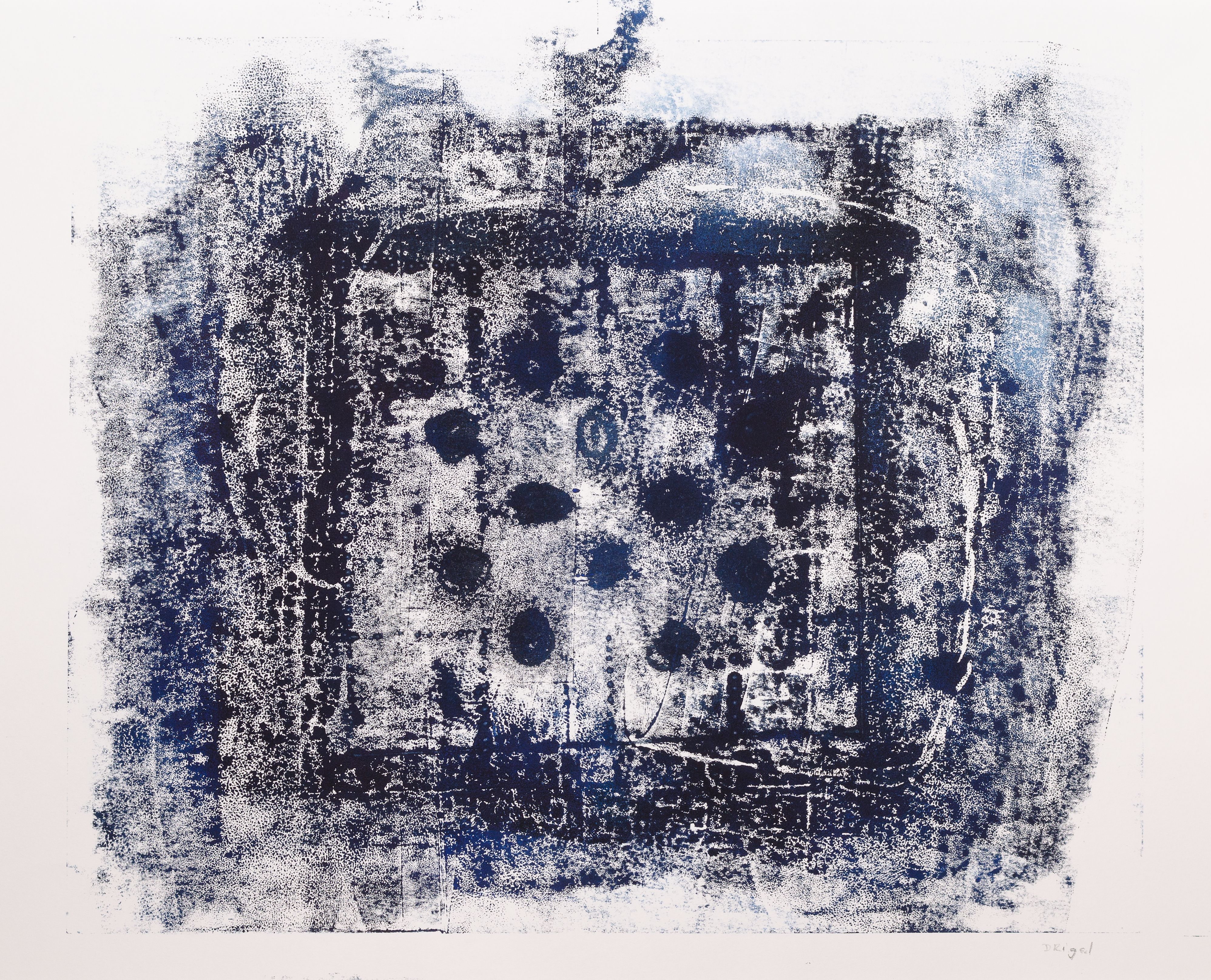 Dara is interested in the language that the group use to communicate their work. In an initial visit to their lab she was drawn to the images on the board called ‘Constellation Diagrams’ which represent scientifically the distortion of information as it travels through optical fibres. In response, Dara made monoprints of the diagrams in which the ink, synonymous with information, was repeatedly transferred from the original to a number of successive images. In the process, the ink blurred and was distorted similarly to the information distortion represented in the digital diagrams, making the monoprint copies become objects in themselves. 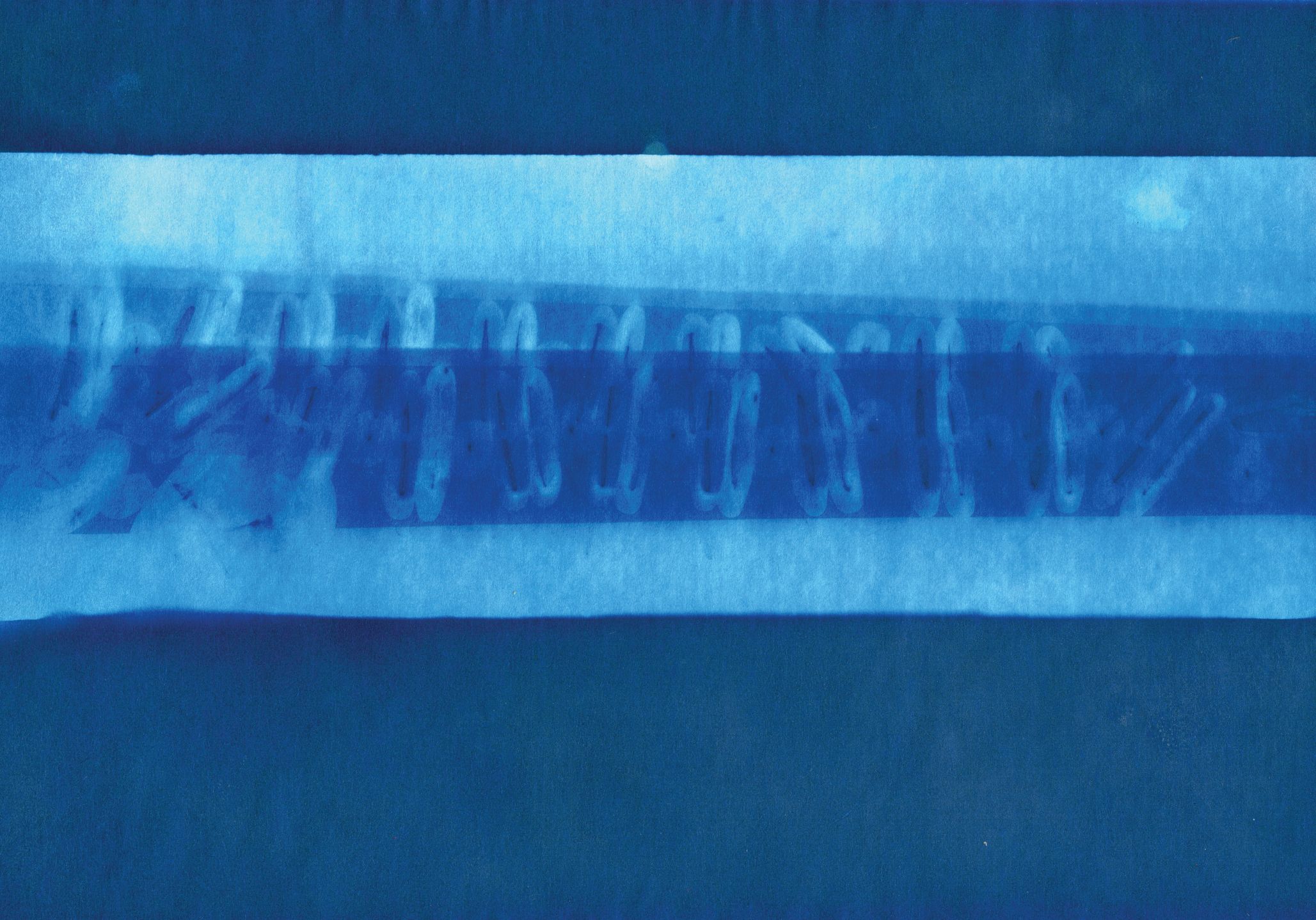 To transmit data over optical fibres, light is ‘encoded’ with information using its physical properties like amplitude, frequency and polarisation. To understand this intangible aspect of optical communications, Dara made a series of light prints that helped her visualise these properties. Using glass objects, she represented each of these three attributes in necklaces: a large disc and small bead were ‘on’ and ‘off’, elongated beads pointing in different directions, polarisation, and blue beads representing colour of wavelength (although fibre optics use part of the infrared range). These were then exposed with sunlight onto cyanotype photosensitive paper creating organic images. Just like the information travelling through the optical fibre, the necklaces take on another life when drawn with light. These images seem to embody ‘communicating with light’. 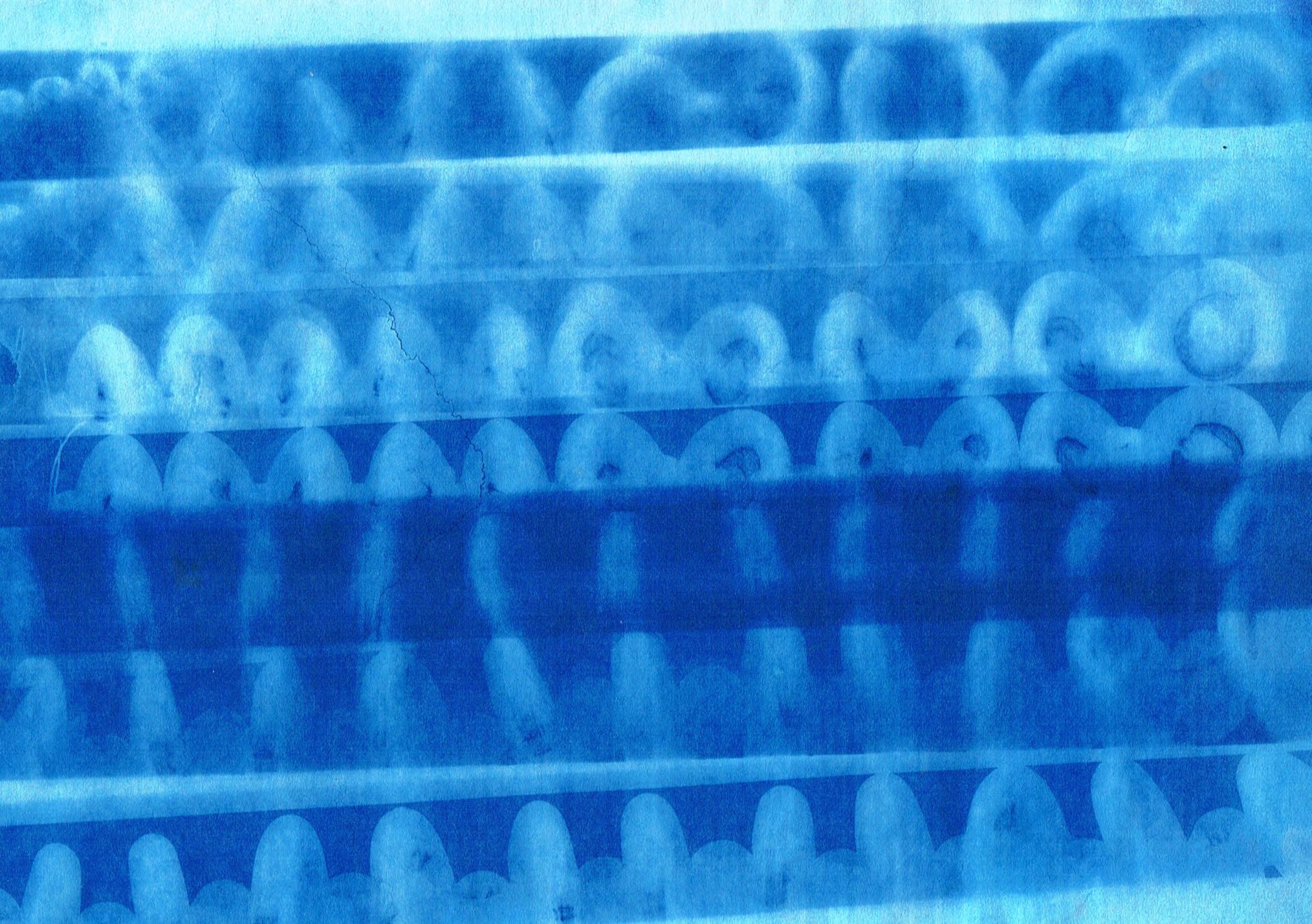 As information travels along optical fibres the light loses definition and accuracy. Dara once again uses light as a mark making tool. Photopolymer prints, a technique that uses a photosensitive material to make etching plates, show the distortion of light. Like the polarisation series it is unclear what is making the mark. Dara is also fascinated by the process where only the shadows, reflections and paths of the object studied can be observed not actually the thing itself. 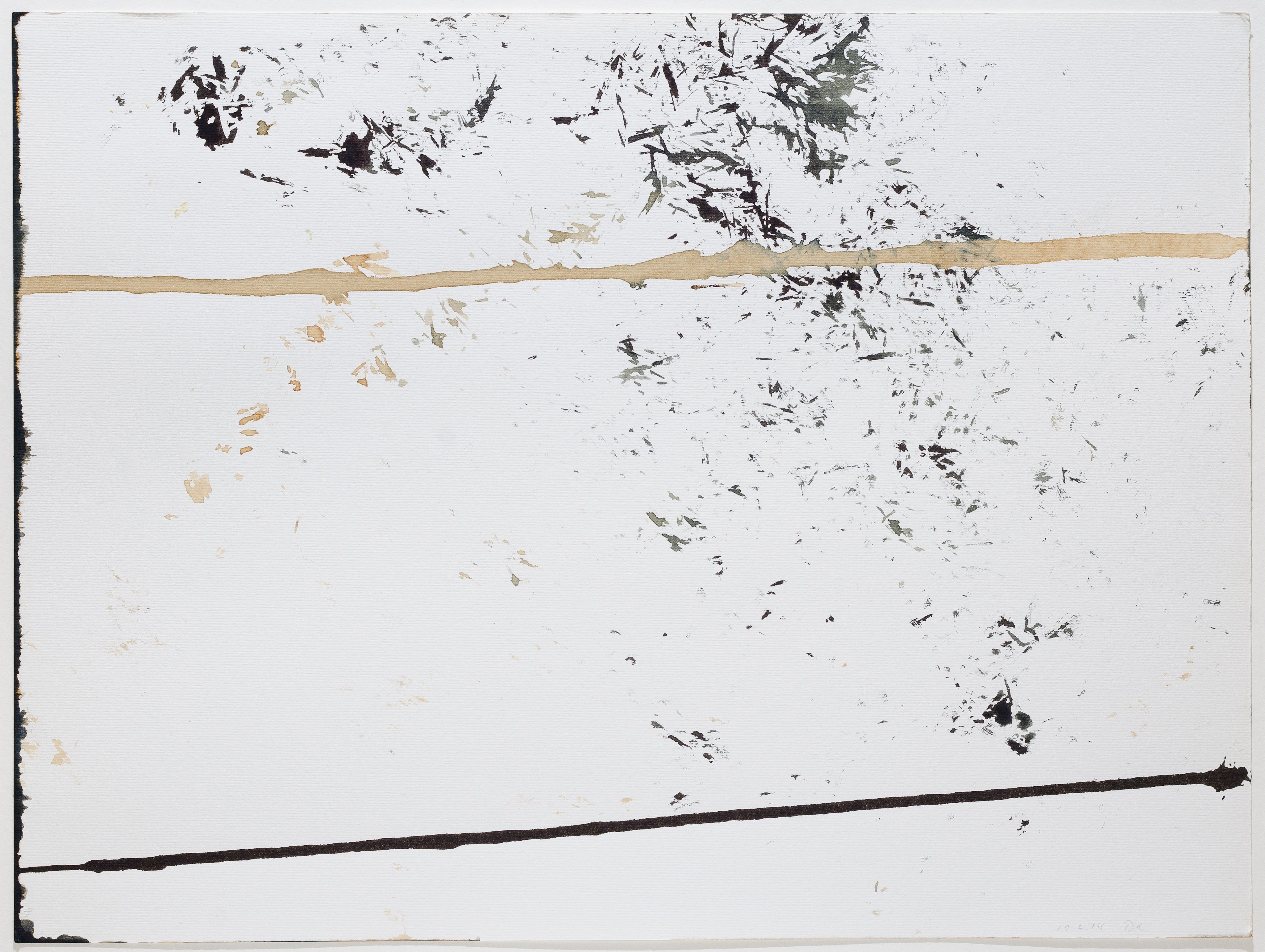 Ink and Coffee on Paper

The UNLOC team lead in the area of research called digital back propagation which denotes a technique to digitally restore signals when they get received by reversing in a computer the distortion introduced by the optical medium. Dara attempted to represent back propagation in the greater context of scientific experimentation as steps of trying and failing which lead to the next step of discovery. 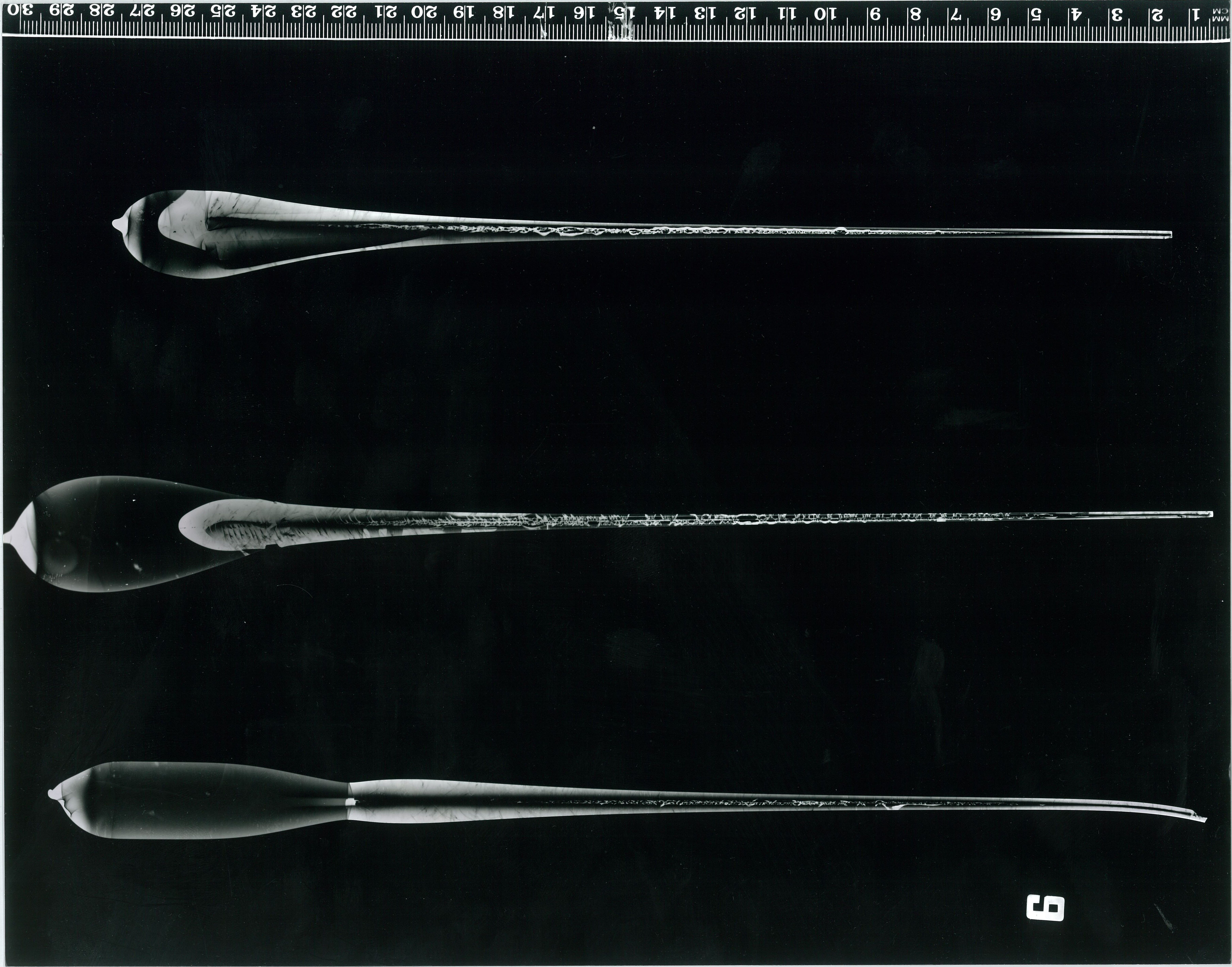 The by-product of the manufacturing of optical communication fibres is glass offcuts called ‘preforms’. By directly exposing the preforms onto photographic paper, Dara makes the natural phenomena of ’ total internal reflection’ (which allows the fibres to carry information) visible. These images represent UNLOC’s poetic and intangible remit of ‘measuring the capacity of light’. 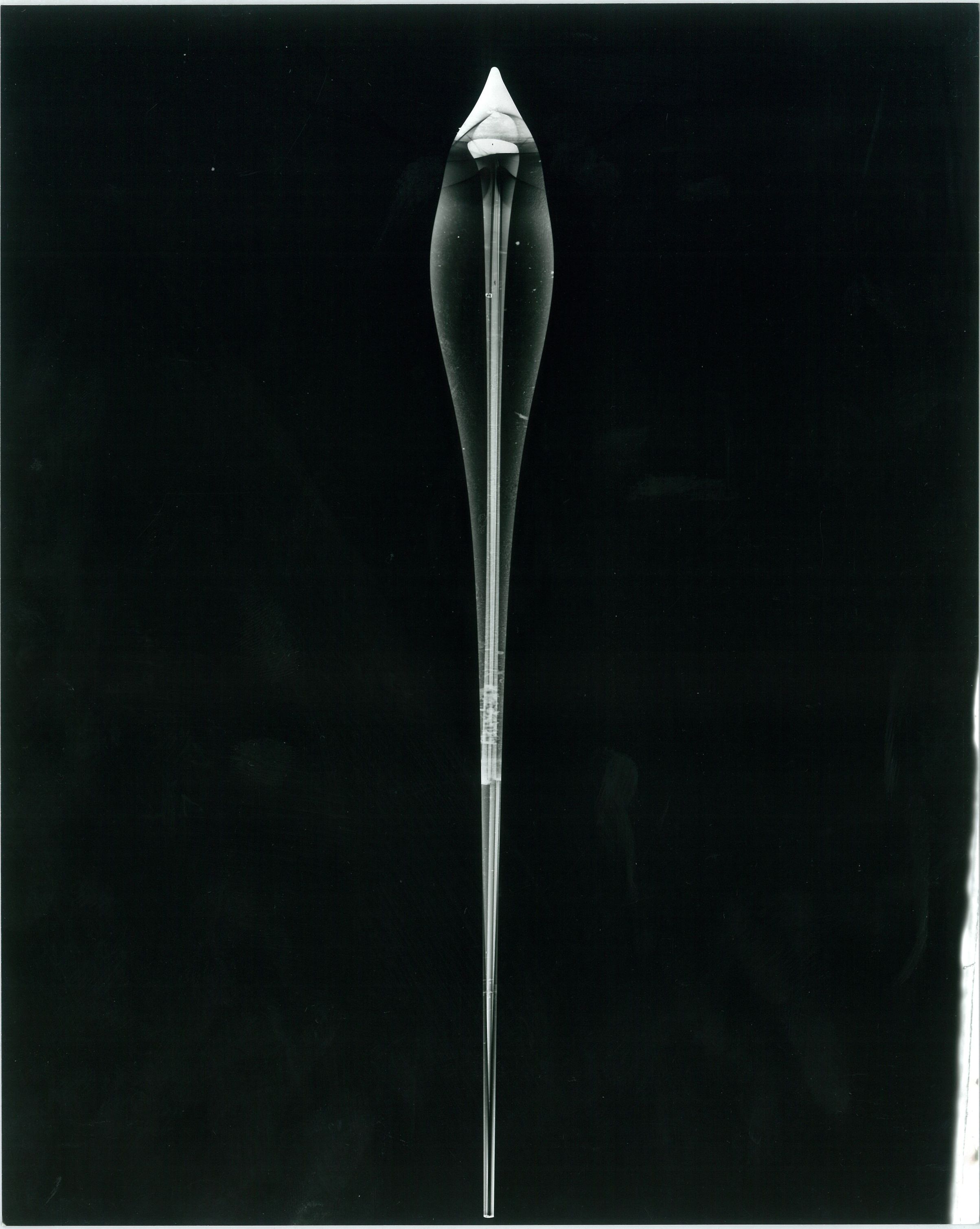