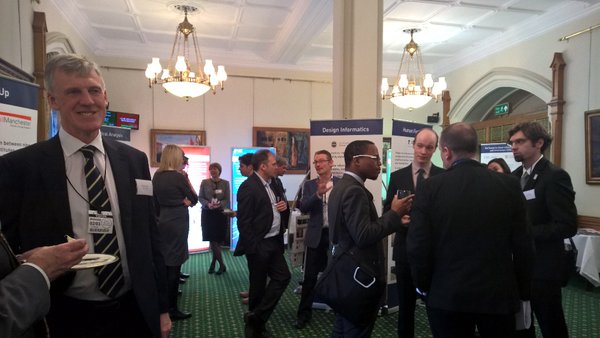 Prof Bayvel invited to strengthen links between science and policymakers

UNLOC director, Prof. Polina Bayvel joined a selection of leading scientists and engineers at the RISE Connect event organised by the EPSRC.

Polina Bayvel, principal investigator of the UNLOC programme and head of the Optical Networks Group at University College London, was invited to a RISE Connect networking event organised by the EPSRC on March 2. Members of the Science and Technology Select Committee from both houses, chief scientific advisers, EPSRC council members, MPs with links to science and renowned scientists and engineers convened in the House of Commons in London for an afternoon of talks, presentations and informal discussion aimed at developing long lasting links and relationships between academics and parlamentarians. RISE Connect is a follow-up initiative naturally extending on the largely successful RISE Awards launched by the EPSRC in 2013 which paired a select number of scientists and engineers with individuals not connected with the world of science and followed the development of these relationships for an entire year.

The event was opened with a welcome note by Nicola Blackwood and Phil Nelson followed by an afternoon networking session during which several scientific projects and programmes showcased the diversity and high impact of research funded by the EPSRC. The key messages delivered during the event stressed that strong economies are science economies, economic growth is fuelled by technology, and engineering and physical sciences deliver much needed growth and productivity. Prof. Bayvel took part in the event as a RISE Fellow, one of only 19 renowned scientists and engineers holding this title. She was nominated and became a RISE Fellow in 2014.