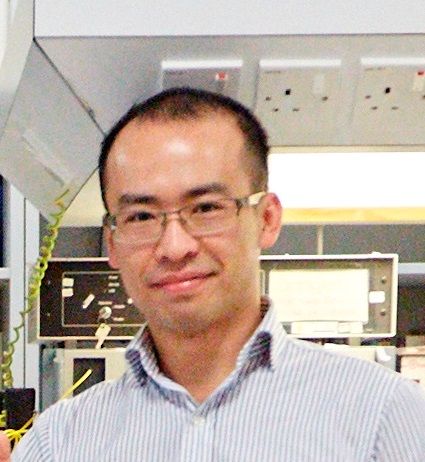 We are very pleased to welcome Dr Zhixin Liu to the UNLOC team. Zhixin joins as a lecturer at UCL from the Optoelectronics Research Centre (ORC) at the University of Southampton.

Zhixin Liu is a newly appointed lecturer and a member of the Optical Networks Group at the Electronic & Electrical Engineering Department in UCL. His research aims to investigate optical components and subsystems to enable larger data transmission capacities with a simultaneous reduction in power consumption and system complexity. His research interests are

When asked his thoughts on joining the UNLOC Programme, Zhixin said "I am well aware of UNLOC’s great achievements in the last few years and feel very excited about joining the mission of innovating our future networks. The UNLOC programme addresses the most urgent and challenging problems in optical communications. I hope to contribute to the project with my expertise on subsystem design and signal processing. I will be working on high-performance and compact transmitter solutions for inter-data centre communications and metro networks. I believe that the UNLOC programme will have a significant impact on science, engineering as well as our social and economic life. I am proud to be part of a world-leading research group."

Zhixin Liu received his PhD in Information Engineering from the Chinese University of Hong Kong in 2012. He joined Corning as a qualification engineer in 2009. Upon completing his PhD, he received the Hong Kong Creative Fund and co-founded a start-up company. He joined the Optoelectronics Research Centre (ORC) in the University of Southampton in 2013 and became a Senior Research Fellow in 2015. He now joins the Optical Networks Group as a Lecturer from 14 October 2016.

One of Zhixin's key achievements to date has been proposing a new technique for direct modulation of signals in coherent systems.

While direct modulation of a semiconductor laser’s drive current enables fiber-optic communications at speeds of around 2.5 Gbit/s, higher-speed operation using direct modulation has historically been confounded by frequency chirp, forcing commercial 10 Gbit/s systems to use an external electro-optic modulator. For increased capacity (100 Gbit/s and beyond), coherent systems were recently commercialized that also use external electro-optic modulators to deliver complex modulation formats.

Research Zhixin worked on with ORC, Southampton and Eblana Photonics has dealt with this limitation through a modulator-free, optical-injection-locking method that brings the benefits of direct modulation back to the modern coherent telecommunications network. This approach enables generation of a complex In-phase-quadrature (IQ) modulation formats (such as quadrature amplitude modulation, or QAM) using direct laser modulation, allowing for the benefits including reduced power consumption, small footprint and ease of integration.

The new capability demonstrated opens up a promising new route to the realization of cost-effective, high performance monolithically integrated quadrature amplitude modulation (QAM) transmitters. It could have an impact on the many scientific and engineering communities that are directly concerned with or exploit laser radiation. For example, the coherent combination of high-power lasers could greatly benefit from this control of amplitude and phase from low-cost semiconductor devices, and may open the way to significantly higher powers and useful functionalities (e.g. beam-steering) which require precise control of the phase properties of the combined beams. Another example lies in the photonic generation of arbitrary THz signals as needed in a wide variety of emerging ultrafast applications. A final example is laser radar where complex beam modulation is used to provide high resolution ranging information.

This research was published in Nature Communications.