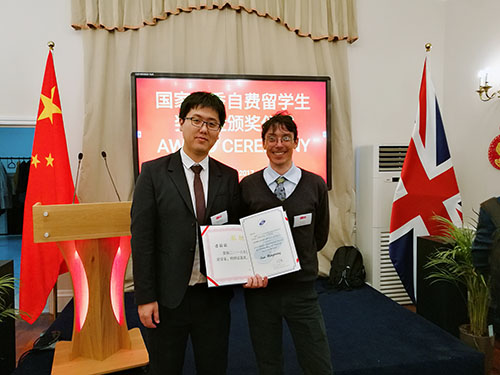 Tommy was formally presented with his China Scholarship Council prize and a certificate for the 2016 Chinese Government Awards for outstanding research by non-government funded doctoral students who are studying outside of China. His Excellency Ambassador Liu the Chinese ambassador to the UK presented the awards.

Image: Tommy was joined at the ceremony by UNLOC Co-Investigator Paul Harper.