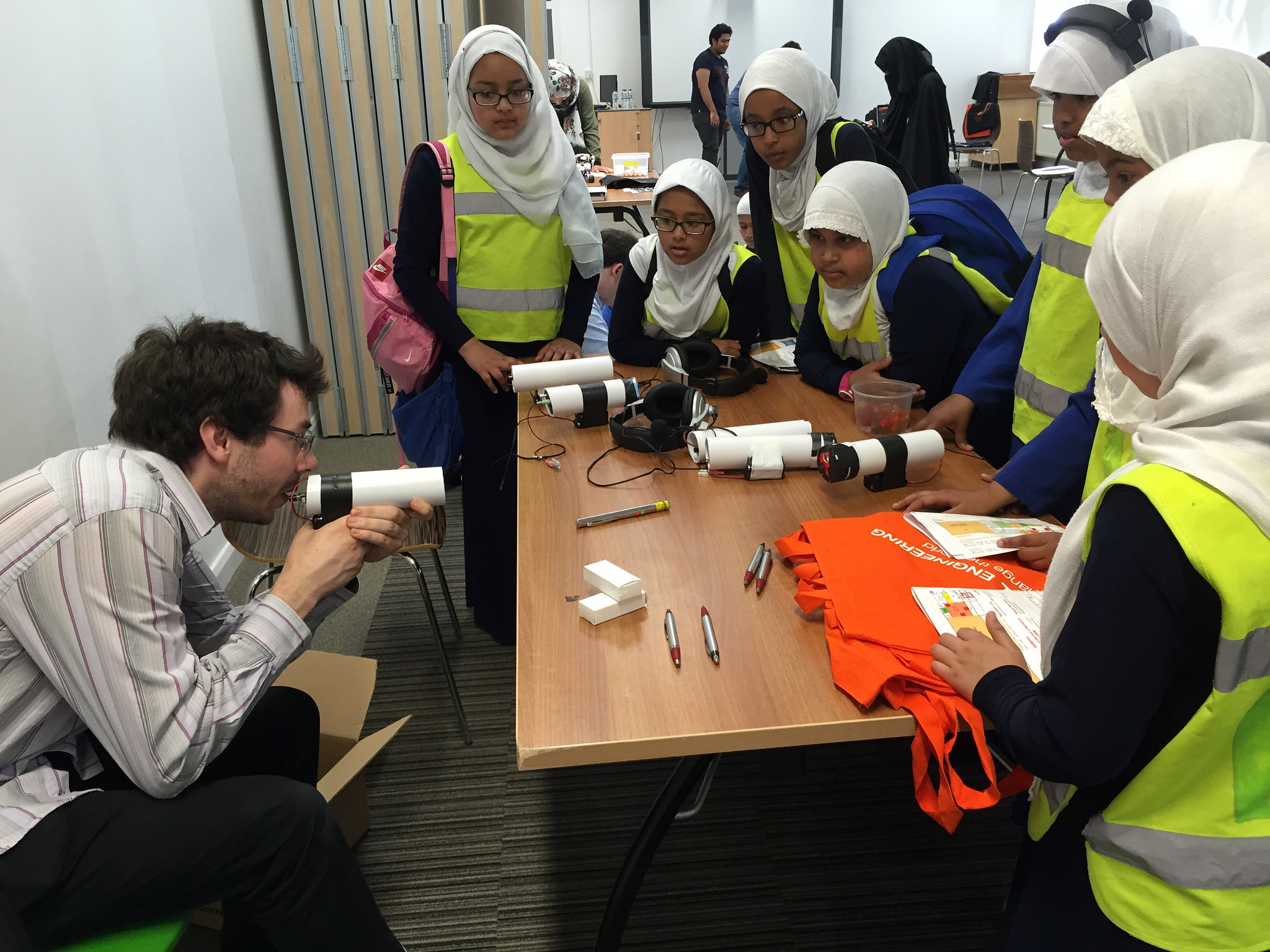 Members of the UNLOC project were heavily involved in multiple outreach activities at the Big Bang Fair at Newman College and Westminster Kingsway College which took place on 30 June and July 1st this year. The Big Bang events were part of a UK-wide programme of science fairs, hands-on exhibits and interactive workshops led by EngineeringUK seeking to inspire the next generation of UK's scientists and engineers.

Benn Thomsen, who recently won one of the UCL Engineering Engagement Awards was assisted by few of our dedicated PhD students in the preparation of a series of interactive demos that could highlight the basic principles of optical communications and educate the young audience about the pivotal role optical technologies play in prodiving the infrastructure for modern Internet. The demonstrations took children through the story of guided waves as a medium to transfer information. Starting with a string telephone, visitors could then play with a system of funnels connected with a hose demonstrating how air waves can carry sound and information. Later on, everyone was introduced to the concept of using light to encode and transport information which was demostrated with a table-top set up of lasers carrying messages over free space. At the end, UNLOC members showed a simple communication system using 40 km of real fibre cable. The famous Tyndall experiment of guiding light with water ensured that everyone left with a trick they wanted to share with their friends.

The Big Bang sessions in Newman and Westminster Kingsway colleges attracted over 6000 students showing them the transformative power of science and engineering to improve the world we live in. By sharing their passion, UNLOC members and other organizers of the event hope to have inspired more young people to pursue engineering careers.

More information about the Big Bang Near Me events can be found here.

See a selection of images from the Big Bang Fair showing the UNLOC team in action. Image credit goes to UCL Engineering.