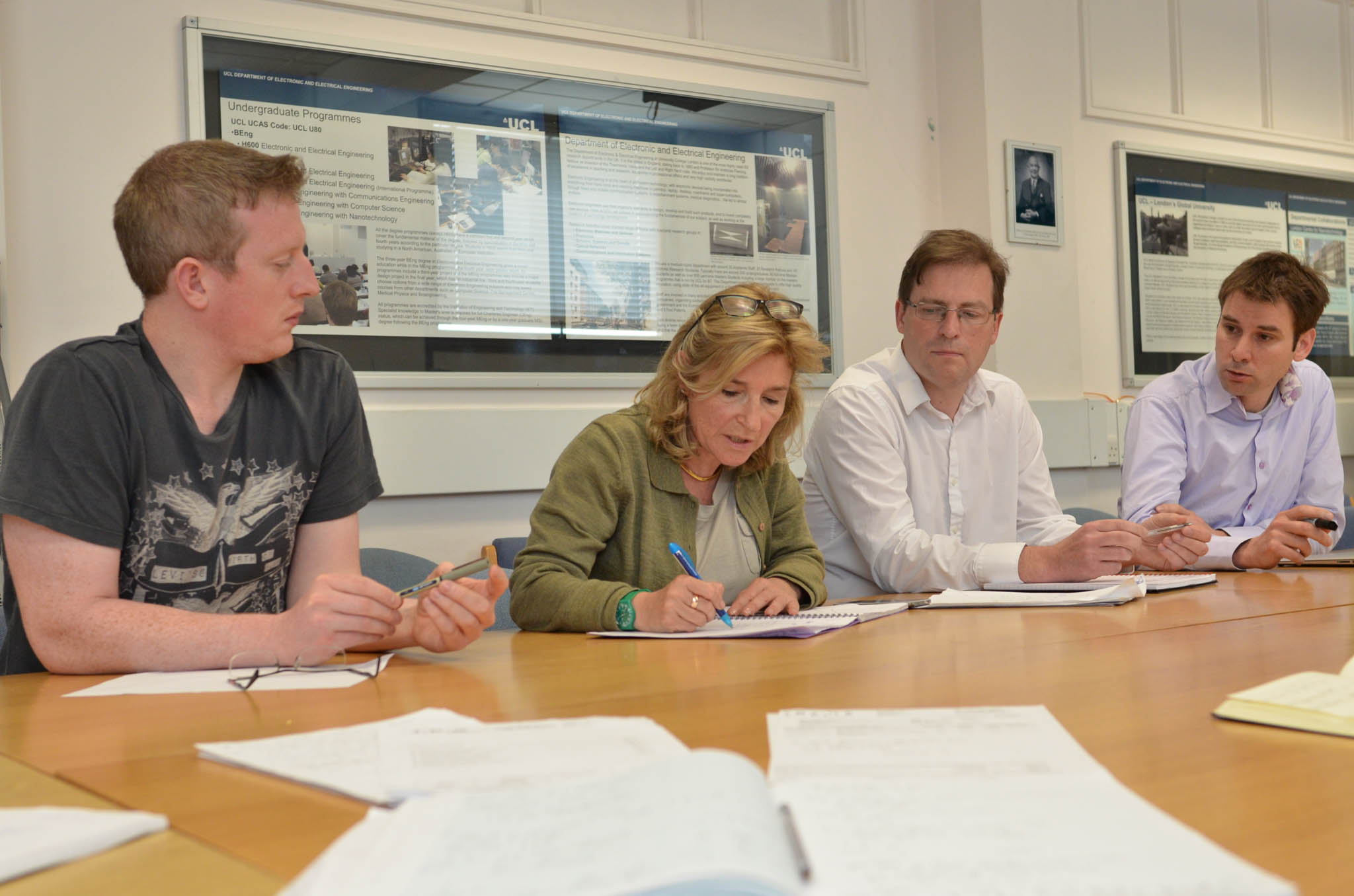 Prof Polina Bayvel, Director of UNLOC and Professor of Optical Communications and Networks at UCL Electronic & Electrical Engineering, has been awarded a CBE in the 2017 New Year’s Honours list for services to engineering.

Prof Bayvel is the Head of the Optical Networks Group at UCL which she established in 1994.

This honour follows shortly after another in 2016, when Prof Bayvel was elected Fellow of the Royal Society (FRS).

Prof Bayvel said: “I feel very honoured and privileged to follow in the footsteps of so many illustrious predecessors from the Dept of Electronic & Electrical Engineering at UCL, the first department of electrical engineering in the UK. I am deeply indebted to numerous mentors at UCL and elsewhere, and my dedicated and talented research students and colleagues who have helped me build a wonderful research group”.

Prof Bayvel’s research has evolved around maximising the speed and capacity of optical fibre communications, and the fundamental studies of capacity-limiting optical nonlinearities and their mitigation. More specifically her interests include wavelength-routed optical networks, high-speed optical transmission and the study and mitigation of fibre nonlinearities. She was one of the first to show the feasibility of using the wavelength domain for routing in optical networks and designed wavelength-selective devices needed for their characterisation and implementation. She has authored or co-authored more than 350 refereed journal and conference papers.

Prof Bayvel’s academic life started at the University of London where she received her BSc (Eng) and PhD degrees in Electronic & Electrical Engineering in 1986 and 1990, respectively. In 1990, she visited the Fiber Optics Laboratory, General Physics Institute, Moscow (formerly USSR, now Russian Academy of Sciences). This was the first of the many ways she has been supported by the Royal Society, this time under the Royal Society Postdoctoral Exchange Fellowship scheme.

Prof Bayvel went on to work as a Principal Systems Engineer with STC Submarine Systems Ltd, London, UK, and Nortel Networks (Harlow, UK, and Ottawa, ON, Canada), where she was involved in the design and planning of optical fibre transmission networks. In 1994, she started her UCL career with a Royal Society University Research Fellowship. In 2002, she was appointed to a Chair in Optical Communications and Networks and became Professor of Optical Communications and Networks in 2002.